It’s not just opioids that are getting a bad rap from the federal government and the media. There’s another remedy for chronic pain which is in peril of being banned by the FDA and classified, along with heroin, as a Schedule I drug: kratom.

Kratom is a substance derived from the tropical plant Mitragyna speciosa, native to countries including Indonesia, Malaysia and Thailand. It is a member of the coffee family. It has historically been used by Southeast Asian farmworkers who would take it to boost productivity and as a substitute for opium.  According to the Washington Post:

“Kratom surfaced in the United States about a decade ago; an estimated 3 million to 5 million people use it, according to the American Kratom Association. People consume it by swallowing capsules of finely ground powder, drinking kratom tea or chewing and swallowing the plant’s bitter leaves. Some ‘toss and wash’ by putting a clump of powder in their mouths, followed by a slug of water.

“Essentially unregulated, kratom is widely available on the Internet and is sold in some head shops, gas stations and corner stores. It has been banned for sale and possession in at least five states and in several cities, including the District and San Diego.”

Government Getting In On the Action 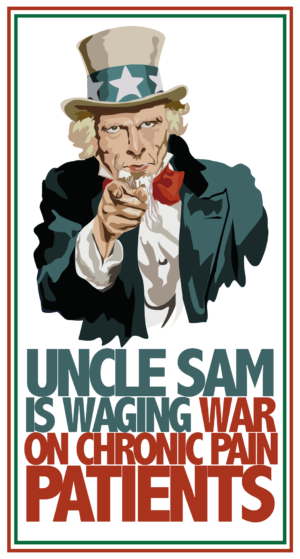 Regular readers of this blog know that there is a ground war going on on American soil – the War on Pain Patients – and the government’s very effective strategy is the public villification of opioid pain medication, medical cannabis, and kratom. In addition to their non-scientific campaigns to make bogeymen out of any and all available remedies for severe/chronic pain, the FDA and DEA have been hard at work creating obstacles to the purchase and use of kratom.

“Depending on how it is marketed, the FDA considers kratom either an unapproved drug or a new dietary ingredient whose safety has not been proved, making it subject to enforcement actions, including seizure.

“In August 2016, the DEA announced plans to temporarily place kratom’s active materials in Schedule 1 of the Controlled Substances Act ‘to avoid an imminent hazard to public safety.’ It said kratom had a high potential for abuse, did not have any currently accepted medical use and was not considered safe even when used under medical supervision.

“The agency received more than 23,000 comments, mostly negative, along with complaints from dozens of members of Congress, spurring it to withdraw the plan to wait for a comprehensive medical evaluation and recommendation from the FDA.”

For many people in the facial pain community, Megan George’s story hits close to home.

“Megan George of Lexington, N.C., was prescribed opioids for chronic pain until a doctor told her that she no longer needed them. Desperate and in withdrawal, she turned to heroin and quickly became addicted. She tried for years to quit by using medications for opioid addiction, but she never succeeded.

“Last April, George, 31, tried kratom and says she has not used heroin since. In the past 10 months, she has held down her first job in years and is finally the parent she dreamed of being to her 2-year-old daughter.

The story is familiar and describes a hideous pattern of government sanctioned patient abuse.

Many patients lives are destroyed by the ravages of severe pain, addiction, withdrawal, and the acute stress and anxiety that is unique to a person who lives in pain and in fear that the government will deprive her of nearly every option. Some of these patients are exercising their last option, and the blame for their deaths can be laid squarely at the feet of Uncle Sam. 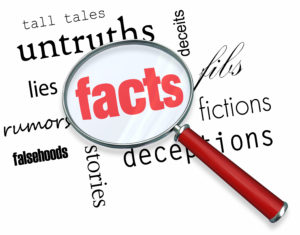 In the interest of balanced reporting, The Washington Post article also includes a story of a young man, Daniel Teichman, who died tragically in what the coroner suspected was a case of kratom toxicity. Teichman’s mother is understandably distraught, but facts are still important. The fact of this tragedy and many others like it is that there were several drugs present in Teichman’s bloodstream at the time of his death, making it impossible to say what caused the fatality. In recent years, the government has used cases similar to Teichman’s to bolster its claim that opioid medications are culpable in many fatal overdoses, despite the fact that the decedent’s bloodstreams contained high concentrations of other drugs. This omission of fact  obscures the reality that a high percentage of overdose fatalities were likely the result of a lethal combination of drugs. (See The Lawhern Files for much more information on the topic of opioid policy from Richard Lawhern, Ph D.)