Warning to the FDA: Beware of “Simple” Solutions in Chronic Pain and Addiction

There is always a well-known solution to every human problem — neat, plausible, and wrong.
– attributed to H.L. Mencken

On May 9-10, 2017, the US FDA held a workshop titled “Training Health Care Providers on Pain Management and Safe Use of Opioid Analgesics—Exploring the Path Forward.” I attended that Workshop in person to offer public comment on behalf of chronic pain patients. This paper is an expansion on the same theme.

“… If you are truly concerned with the safety of patients who are prescribed opioid analgesics, then your first duty may be to adjourn this conference with a public acknowledgment that you aren’t ready to train doctors because you have no viable or safe standard of medical care in which to train them.  This is true because the March 2016 CDC Guidelines on prescription of opioids are fundamentally incomplete, desperately flawed, and actively dangerous to the lives and health of hundreds of thousands of people.” 1 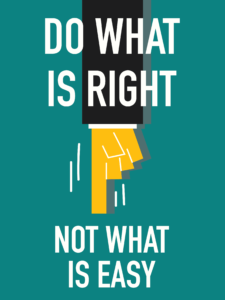 When we survey the large body of contemporary popular and scholarly discourse concerning chronic pain and drug addiction, we ignore to our peril the idea famously offered by Mencken.  This is perhaps nowhere more true than in the March 2016 CDC Guidelines on prescription of opioid analgesics to adults with long-term non-cancer pain.  That document has prompted a hailstorm of sustained criticism from pain patients and medical professionals alike 2,3.  In my view, the criticism is fully deserved.

Primary criticisms of the CDC Guidelines can be summarized as follows:

To these generally understood weaknesses in the CDC guidelines, we must examine three additional observations which have not been as widely discussed in public sources.

Drawing from long-established medical literature, it is known that:

“Cytochrome P450 enzymes are essential for the metabolism of many medications. Although this class has more than 50 enzymes, six of them metabolize 90 percent of drugs, with the two most significant enzymes being CYP3A4 and CYP2D6. Genetic variability (polymorphism) in these enzymes may influence a patient’s response to commonly prescribed drug classes, including beta blockers and antidepressants. Cytochrome P450 enzymes can be inhibited or induced by drugs, resulting in clinically significant drug-drug interactions that may cause unanticipated adverse reactions or therapeutic failures…” 13

Some patients “hyper-metabolize” or ‘poorly metabolize’ one or more commonly used opioid analgesics.  For example, in patients with faults in the CYP2D6 allele who hyper-metabolize, the medication Codeine gets split rapidly by the enzymatic system into the prodrug morphine — at much higher levels than the original dose of codeine. Lethal blood levels can occur from doses that would be innocuous in a person with normal metabolism. This prompted the FDA to ban Codeine and Tramadol for children 14 — although genomic testing was ignored in favor of denying these alternatives to all children.

There are potentially millions of pain patients in the US who both need and respond well to opioid doses exceeding 400 MMED.  There are case reports of patients doing well on megadoses exceeding 2500 MMED 15,16. Based on the preponderance of this evidence, it should be apparent that there can be no one-size-fits-all “maximum dose” or “addiction risk threshold” in the prescription of opioid analgesics.  Guidelines should not state such a maximum.  Dose must be tailored to each individual and informed by genomic testing when therapy fails. Prescription guidelines need to be explicit in directing that for patients who have been on stable doses and who have sustained improved function and quality of life over time, there is no scientific rationale for arbitrary withdrawal or tapering down from even “high” dose levels.  To the contrary, such tapering may contribute to iatrogenic suicide.

From postings by tens of thousands of chronic pain patients in social media, it is clear that the existing CDC opioid guidelines have directly resulted in an exodus of physicians out of pain management practice. Patients are being summarily discharged or unilaterally tapered down from opioid dose levels that have safely controlled pain and promoted function for many years.  Suicides have occurred and more should be anticipated as ever more patients are plunged into agony, disability, and depression by denial of care. 17,18

Given the substantial body of published medical and popular literature which contradicts the CDC de facto standard to which the FDA proposes to train doctors, the only ethically and scientifically sound direction for present FDA training efforts must be to publicly acknowledge that the CDC opioid guidelines must first be withdrawn and rewritten to correct their many errors and omissions. On the second time around, ethics consultants should be included in the writing group. Pain management specialists active in community practice should lead the effort. Pain patients or advocates must be voting members of the group.

This time, the CDC and FDA need to develop a practice guideline that is truly “patient centered,” rather than being a knee-jerk response to political pressure to “do something” even if that something is clearly the wrong thing. 19

2. Stephen A. Martin, MD, EdM; Ruth A. Potee, MD, DABAM; and Andrew Lazris, MD, “Neat, Plausible, and Generally Wrong: A Response to the CDC Recommendations for Chronic Opioid Use” ↩

9. Maia Szlavavitz, “Opioid Addiction Is a Huge Problem, but Pain Prescriptions Are Not the Cause –  Cracking down on highly effective pain medications will make patients suffer for no good reason,” Scientific American, May 10, 2016. ↩

14. US Food and Drug Administration, “Information for Healthcare Professionals: Use of Codeine Products in Nursing Mothers,” August 14, 2013.↩

17. Observations of the author from postings to over 30 Facebook groups among aggregate memberships exceeding 20,000 pain patients, family members, and medical professionals.↩

* The introduction by PAINWeek is linked to an article by the author on National Pain Report titled “How Would Opioid Prescription Guidelines Read if Pain Patients Wrote Them?”  The same article was re-published in The Journal of Medicine of the National College of Physicians, titled “The CDC’s Fictitious Opioid Epidemic, Part II.”